" Nebraska Heart Gallery | Chire
I'd like to find out more about bringing Chire into our family. 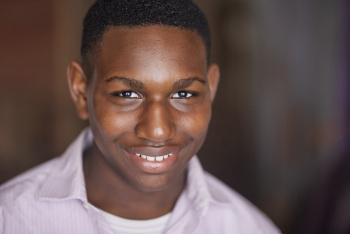 Chire loves to play football. He is excited to try out for a local team soon and hopes to one day play professional football. He loves to watch the Nebraska Cornhuskers and Chicago Bears! Chire also loves to draw. He has notebooks filled with comics he has written and illustrated himself.

Chire is also an avid reader. His favorite series are Harry Potter, Goosebumps and The Magic Tree House series. He enjoys drawing, watching his favorite television shows, and eating his beloved snack of chips and cheese dip!

More than anything, Chire wants a family that will be honest, listen, and “be real” with him. He would do very well in a home that is patient and understanding of his needs as he sometimes has big emotions.

I'd like to find out more about bringing Chire into our family.