" Nebraska Heart Gallery | Kobe
I'd like to find out more about bringing Kobe into our family. 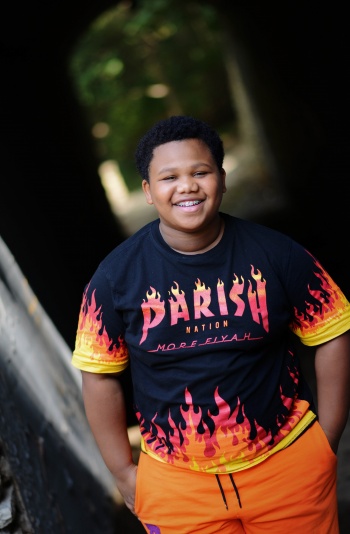 Kobe is an active boy who likes to stay busy.  He enjoys basketball and playing video games.  Kobe is described as a young man who is funny, charismatic, and smart.  Kobe enjoys music and has written and recorded his own rap songs with the help of 402 Arts Collective.  Kobe has shown his ability to be respectful and follow the rules.  Kobe has a plan for the future which involves graduating school, attending college, and becoming an engineer.  Kobe has been working with his team to do better at accepting consequences and taking responsibility for his actions.

Kobe will need to remain connected to his biological brother.

I'd like to find out more about bringing Kobe into our family.